There are primarily 2 mosquito borne diseases in Massachusetts that have special concern. These 2 diseases are eastern equine encephalitis virus (EEE) and West Nile virus (WNV). These Arboviruses, viruses transmitted by insects, though rare, are capable of causing serious disease. These viruses are found in birds and are transmitted from bird biting mosquitos to other birds, mammals and people. 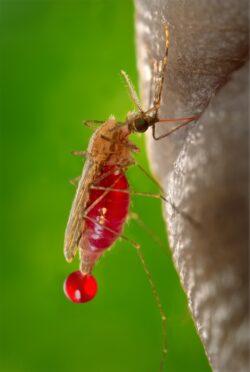 EEE is naturally found in and around freshwater, whited cedar and red maple swamps. These particular areas are the preferred breeding site of Culiseta melanura – the primary mosquito involved in disease transmission. Although these swamp habitats occur across the state, a majority occur in southeastern Massachusetts.

This species of mosquito predominately feeds on Woodthrush, American Robin and Tufted Titmouse birds amplifying the amount of disease in the population. However, it does not have a high mortality rate in birds. As the amount of infected birds increases, other more generalist feeding mosquitos that will bite both birds and other animals are more likely to pick up the virus and transmit it to other animals and people.

The first detection of EEE this year occurred in Orange, Massachusetts, on July 1st. This was the earliest detection, within a calendar year, in 20 years. A positive sample was found in Carver, Massachusetts, on July 13th. The earlier EEE is detected in the mosquito population, the higher the likelihood off the disease becoming widespread and transferring to people later in the summer.

Human cases are most common in August and September. In 2019 there were 12 cases of EEE and 6 deaths. Symptoms of EEE begin within a week of being bitten and are typically fever, stiffness, headache and lack of energy. Swelling or encephalitis is the most severe complication for which there are no treatments. 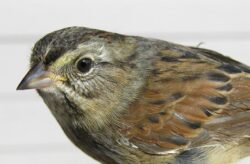 WNV causes more sporadic disease in people. As much as 80% do not show symptoms, but the small percentage that do may develop fever, aches, nausea and vomiting. In severe cases, infection results in encephalitis or meningitis. Older people are a higher risk of developing severe symptoms.

Similarly to EEE, WNV is transmitted from birds like American robins, house sparrows and gray catbirds. WNV can cause higher mortality particularly in crows and blue jays. The primary mosquito responsible for WNV are Culex mosquitos. This species is more common in urban environments breeding in artificial containers.

There are 11 mosquito control districts across the state conducting surveillance, source reduction, larviciding and adulticiding mosquitos where appropriate. Several permanent trap sites are established where high risk of EEE exist. When EEE or WNV positive mosquitos are found, the number of sites and kinds of traps are increased to better identify areas at high risk.

Prolonged heat with only occasional rain as downpours promotes risk from both EEE and WNV by increasing the rate of mosquito reproduction and development.

Peak mosquito activity is dusk to dawn. Avoiding outdoor activities during those times, combined with the use of repellents, should dramatically reduce the risk of being bitten. Use a repellent with DEET, picaridin or oil of lemon eucalyptus for the skin or permethrin to treat clothes.

Regular spraying of the yard can help reduce local populations of mosquitos. This is not considered a means of controlling mosquito borne diseases such as WNV or EEE. Mosquito activity can persist until the first hard frost below 28°F, but activity will sharply decline with temperatures below 50°F in the evening.

For additional reading, click to read our blog Best Practices for Mosquito Control. If you’d like more information about our Mosquito and Tick Control Program please reach out to us at (781) 297-3674.